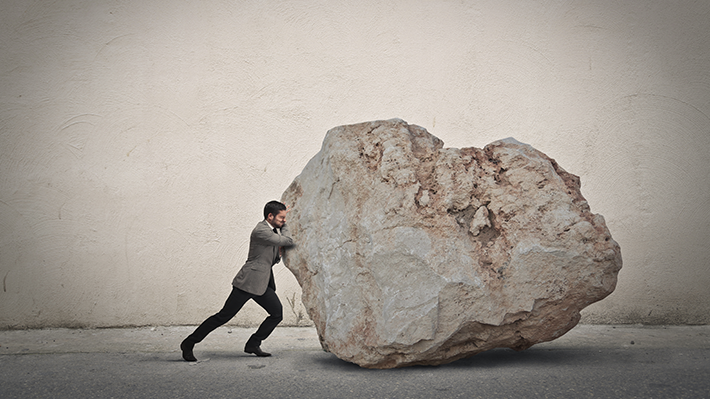 If you’re privileged to sit in the sales manager chair long enough you’ll experience the most difficult task a manager has – you’ll fire one of your salespeople.

I’ve had many conversations with my clients about people they are considering firing.  Some clients use me to pressure test their conclusions and some want a sanity check.  None of them have taken lightly the responsibility.

Firing a salesperson is difficult for at least the following reasons:

It’s personal. Someone’s livelihood and life is affected.  Their income stream is now cut off.  Their ego is likely injured.  They have to go home and tell the wife or husband.

You think you’ve failed.  All managers are affected by firing someone but some believe they have failed.  They think about what they have done, and what they have failed to do.  In the song These Days, Jackson Brown says “these days I seem to think a lot about the things that I forgot to do – for you.”  That’s a heavy burden to carry, so it’s reasonable that a manager would put it off.

You hang on with hope.   Let’s face it.  Deep down us sellers are heavily optimistic and romantically hopeful in our trade.  We resist purging our funnels of Plymouth Rock deals, and we often put too much stock in what a stakeholder tells us.  We like glasses colored rose.

The challenge is to know when you have a ‘necessary ending’ on your sales team.  In his wonderful book Necessary Endings, Henry Cloud gives us an entire field guide for understanding the complexity and necessity of endings.  He says we need to make them a normal part of life throughout our lives, instead of making them artificially unusual and often overly traumatic.

Anyone downsize lately? Yikes.  Anyone have that box (or boxes) of stuff in your basement that you haven’t opened in 12 years?  The ones that have survived 3 moves?

One way to know if you have a necessary ending on your team is to consider the following:

With such a dramatic outcome at stake it’s always a good idea to get another person’s opinion.

Finally, for those that need to go, this is your responsibility to your entire team.  You can’t shirk that duty.

Companies in the range of 25M to 250M hire me to train, coach and consult around sales matters

Author of the soon to be released book Blindspots:  The Hidden Killer of Sales Coaching